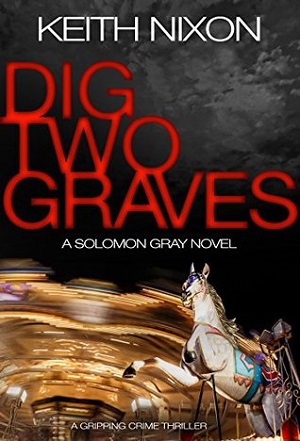 Are you looking for a good mystery yarn for an unbeatable price? Then Keith Nixon has you covered, at least for a little while, with today’s freebie. Detective Sergeant Solomon Grey is tasked with finding out whether a young man has been murdered or opted to take his own life. He wants to know; the boy is the same age as his son who has gone missing.

Every single case that involves children has been personal since his son disappeared a decade ago. Yet, this one is more so. The dead boy had Grey’s phone number on him. Yet, they’d never met or spoken. Grey needs to tackle his own demons, his son’s abduction and bring justice for the dead. But at what cost?

Check out the price of Dig Two Graves by Keith Nixon on Amazon; if you’re lucky it’s still free.